ATTACK OF THE NEOCON WATER CARRIERS! 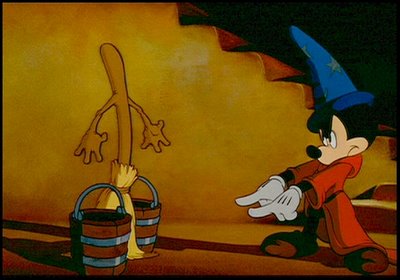 Newsflash! Rush Limbaugh Reveals he is Still a Real Conservative! He was only pretending to be a Neocon. Turns out that Rush was just lying to his audience, “carrying water” for the G.O.P. these past five years, for the ultimate good of America.
by Stewart Rhodes
Speaking of liars, Rush Limbaugh has finally come clean after the elections and admitted he has been lying to his listeners for years by defending as "conservative" actions by Republicans that Rush himself knew were anything but:

I feel liberated, and I'm going to tell you as plainly as I can why. I no longer am going to have to carry the water for people who I don't think deserve having their water carried. Now, you might say, 'Well, why have you been doing it?' Because the stakes are high. Even though the Republican Party let us down, to me they represent a far better future for my beliefs and therefore the country's than the Democrat Party and liberalism does.….

There have been a bunch of things going on in Congress, some of this legislation coming out of there that I have just cringed at, and it has been difficult coming in here, trying to make the case for it when the people who are supposedly in favor of it can't even make the case themselves -- and to have to come in here and try to do their jobs. I'm a radio guy! I understand what this program has become in America and I understand the leadership position it has. I was doing what I thought best, ..."

What a relief! Rush was just a water carrier! I was beginning to think Rush was actually a true believer, Jack-Booted, Big Government neocon. Turns out that Rush was still a small government conservative all along, though he defended every big government, anti-liberty measure that came down the pike.

This explains how Rush could dismiss the Abu Ghraib torture , murder, and sexual humiliation as equivalent to Frat-boy hazing pranks. Rush did not actually believe that nonsense. He was simply pursuing an ingenious long-term plan to preserve true conservative values by temporarily carrying Bush, Cheney, and Rumsfeld's neocon water. Such a long- suffering patriot! Such a good actor! He gave a true academy award performance. It must have been so very difficult for Rush to "get into character" as a Big Government neocon everyday before each show. I can picture him pacing back and forth, shaking out his hands, taking deep breaths, talking to himself, "OK Rush, you can do this, you can do this …you're a radio guy! This is what you do!" turning frantically to ask an assistant "what's my motivation?!" No wonder Rush was popping so many pills! Such pressure, such performance anxiety!

Perhaps there is hope for conservatives after all. It may be that all the loyal Republican talking heads and minions in the media, law, and politics didn't really believe all that Unitary Executive/world empire crap was constitutional or "conservative" -they were just following orders from the top. Maybe it's all Bush and Cheney's fault and the rest of them were still "real" conservatives, but had to hold their noses and "carry water" for the White House, playing along in the hopes of one fine day being able to finally implement true conservativism.

This explains everything! Now we know why John Ashcroft had at least sounded like a small government constitutionalist before he became Attorney General, but acted like such a Nazi after he was in power. It was not that he had actually become a Nazi, like I thought. Oh, no, he was just playing one, just like Rush was, as a water carrier for his Leader.

And now I know why, back in 2000, law professor John Yoo had written a paper condemning Clinton's military actions abroad as dangerous to the rule of law and undermining separations of powers, and presented that paper at the Cato Institute (beginning at 28 minutes in the video). But then as a loyal tool of the Bush Administration, Yoo declared that Bush can unilaterally do as he pleases in foreign affairs, and even here at home, under his inherit "war powers," even to the point of torturing children. I am anxiously awaiting Professor Yoo's announcement that he too is still a real conservative and was simply doing his duty as a loyal G.O.P. water carrier, just like Rush! Perhaps that will be Yoo's defense – that he was "just following orders" - when he is prosecuted for war crimes in Germany, starting next week.

As for the other G.O.P. media hacks, perhaps Sean Hannity, Bill O'Reilly, Ann Coulter, Michelle Malkin, and the entire staff of "WarNetDaily" will follow Rush's example, revealing that they too were simply following orders as loyal water carriers for the party when they defended unlimited executive war powers, perpetual undeclared war, the internment of Japanese-Americans during WWII, military detention of Americans as "enemy combatants" without jury trial, warrantless wiretaps, extraordinary rendition, "ghost detainees," torture, etc. Now they will once again start expressing their true devotion to the Founders' principles of limited and divided government. 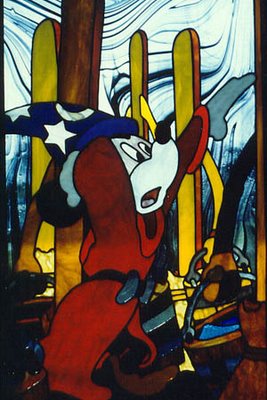 But what about the G.O.P. rank and file? Now that the Democrats control Congress, will we see average Republicans all across America, by the millions, taking off their neocon-executive supremacist masks, like a bizzaro version of the final scene from V for Vendetta, revealing themselves to still be the good ol small government conservatives they were back before 2000? Will we all then join hands, swaying back and forth in the streets singing God Bless America, watching the fireworks?

Sorry. Not going to happen. Now that Democrats are back in control of Congress, perhaps Rush is sophisticated enough to just take off his big government cheerleader outfit and dust off his small government conservative duds as if nothing had happened this past five years. But I fear his audience has been corrupted beyond repair. While Rush and the other professional water carries may not have believed any of what they were saying, their loyal listeners did.

The rank-and-file Republicans are still under that spell. Just ask one of them what they think of the NSA spying on American citizens. You will get the same rote, robotic answer every time, as if they were reading off one of Bill O'Reilly's Talking Points: "If someone is talking to Al Qaida, we want to know why" …. "I have nothing to hide" …. "the Fourth Amendment says we can do any kind of search that is 'reasonable' and it is 'reasonable' for the NSA to spy on Americans without warrants in the war on terror" …. "the world has changed after 9-11" … "during wartime, rights have to give way to security," and my favorite, "Al Qaida nukes beat civil liberties every time" (note my comment to that last one).

Thus, after five years of propaganda from the professional liar class of water carriers, combined with the corruption of power, the great mass of rank-and-file Republicans have themselves been transformed into a massive army of true-believing water carriers for Big Government and foreign intervention, with a fetish for unrestrained executive power, so long as it is their man in the White House.

And like the out of control water carriers in the Sorcerer's Apprentice, they simply cannot be stopped. Rush and the rest of the spinmeisters cannot reverse the spell, and thus, with a few exceptions, the rank and file neo-conned water carriers will continue to carry water for the very idea of unrestrained executive power and omnipotent Big Government, long after the professional water carriers have stopped. 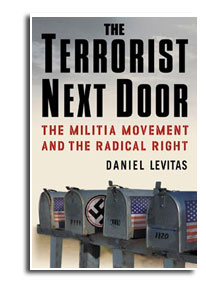 I predict that the neocon water carrier spell won't be fully broken until a Democrat loathed by the Right, such as Hillary Clinton, becomes The Leader and turns the "war on terror" inward, against the people the political left has always considered the real terrorist threat to America, just as they did back in the 90's, but now with shiny new executive powers to use. Then we might finally see a mass realization of just what fools Republicans were while in power, growing the omnipotent state that will be turned against them. Then we might see some real fireworks in the streets.

E. Stewart Rhodes
article on how Rush Limbaugh, El Rusho, has been carrying the water for the neo-conservatives, also known as neocons, who are not real conservatives, and are fake originalists. They have much more in common with the Franklin Roosevelt New Deal Supreme Court and the new dealers than they do with Reagan, Barry Goldwater, or Congressman Ron Paul. The neocons are former trotskyites, followers of Trotsky, who adhere to the theories of Leo Strauss. The Unitary Executive theory, undeclared war, such as the Iraq War, NSA spying, enemy combatant status, extraordinary rendition, torture, and abuse at Abu Ghraib all flow from neocon ideas. They pose a grave threat to our constitutional republic. It is a shame that Rush was so blinded by loyalty to the Republican Party. Stewart Rhodes.
Posted by Stewart Rhodes at 10:47 PM

Ahh, the same Rush who said of the so called Patrio Act

"If it is only about syping on average people I will be against it, but right now, I just don't see them doing that"

Who later was skewered by the "Medical Privacy Act"

Perhaps GWB's nuncio has had a epiphany of sorts, to compromise one's principles is never a good idea.

Thanks for the heads-up on what Rush said about the Patriot Act. Funny how it has most certainly been used on "average people." I would have thought Rush would know that government always expands the application of a law beyond its claimed purpose. But then again, perhaps he knew, and just lied about that too.