Letter from the Billings Gazzette

One can learn a tremendous amount about the character of a presidential candidate by how his opponents view him.

Montana's Congressman Denny Rehberg always refuses co-sponsoring bills like repealing the federal income tax, ending Social Security payouts to illegal aliens again living back in Mexico, and recently said no to getting the U.S. out of the United Nations.

Paul's a folk hero to those who still advocate constitutional restrictions on the federal government, community taken care of locally, gun protections for individuals not government, and the abolishment of every unconstitutional federal cabinet department. Additionally, Paul has refused the plush pension "given" our representatives by taxpayers, while also constantly returning taxpayer money to the Treasury from his office's allocated budgets.

Meanwhile, Giuliani and McCain openly refused to debate Paul in April in New Hampshire. Though, what could they possibly say in defense of themselves before a real Republican? Better to lead by cut-and-running from the voters.

Too often folks say, "I voted for the lesser of two evils." Send a message to Washington. Look up Paul, a statesman leading by personal example, not another media-picked, cowardly, camera-hogging "trust me" politician worrying over his pancake makeup tint before appearing on Larry King. And, yes, that means you, Rudy McRomney.

Posted by Stewart Rhodes at 10:30 PM No comments: 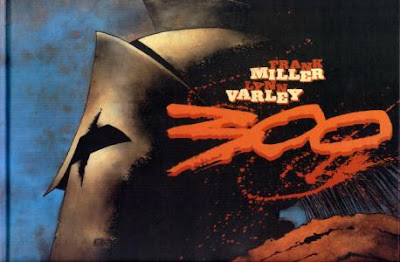 Historical war epic 300 has been criticised as an attack on Iranian culture by government figures.

Note: If you think the U.S. media is bad, check out a full-blown, fully state owned propaganda machine at work, with full time commissars of information in full-spin mode. It's really funny to hear the Iranian government mouthpiece proclaim that 300, the movie, which is based very closely on a comic book (oh sorry, I mean graphic novel) written in 1998 is somehow a piece of Bush Administration anti-Iranian propaganda. It's not that the shrub and his crew would not love to have that power, its just that we are not, yet, like a third world dictatorship or even like the ancient Persian Empire (though Bush's faithful lawyer siths are trying real hard to convince us that his powers as commander in chief are a modern equivalent to those of Xerxes).

No, this movie is merely a very graphic movie, putting into motion the graphic novel of Frank Miller, who happened to see the old The 300 Spartans flick as a kid and thought it was really, really cool. Frankly, if you really want to get at the source of this mad conspiracy to tarnish the legacy of the peace loving Emperor Xerxes, who was just really into traveling with a large posse, you really have to go waaaayy back to Herodotus, who was, apparently, rather Helenic-centric. - Stewart

The Hollywood film, which has broken US box office records, is an effects-laden retelling of a battle in which a small Greek army resisted a Persian invasion.

Javad Shamaqdari, a cultural advisor to Iranian President Mahmoud Ahmadinejad, said it was "plundering Iran's historic past and insulting this civilization".

He branded the film "psychological warfare" against Tehran and its people.

But Iranian culture was strong enough to withstand the assault, Mr Shamaqdari insisted.

"American cultural officials thought they could get mental satisfaction by plundering Iran's historic past and insulting this civilization," he said.

"Following the Islamic Revolution in Iran, Hollywood and cultural authorities in the US initiated studies to figure out how to attack Iranian culture.

Posted by Stewart Rhodes at 10:47 PM No comments: 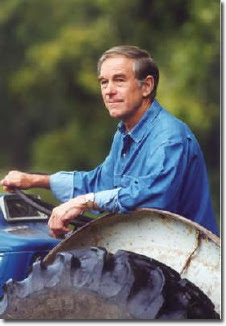 HOUSTON – U.S. Rep. Ron Paul, a strict constitutionalist and fierce anti-war critic, will formally declare his candidacy for the Republican presidential nomination Monday when he appears as a guest on a C-SPAN call-in program.

Paul, R-Texas, created a presidential exploratory committee in January, allowing him to begin collecting money on behalf of his bid. Kent Snyder, the chairman of that committee, said Saturday that Paul would make his candidacy official on Monday.

This will be Paul's second try for the White House. He was the Libertarian nominee for president in 1988.

Snyder said Paul is scheduled to be a guest on "Washington Journal" Monday morning and will make his announcement then.

Paul, a nine-term congressman who represents a district just south of Houston that includes Galveston and stretches along the Gulf Coast nearly to Corpus Christi, describes himself as a lifelong Libertarian running as a Republican.

Paul has spent most of his career outside the GOPs traditional circles. He limits his view of the role of the federal government to those specifically laid out in the U.S. Constitution. As a result, he sometimes casts votes that appear at odds with his constituents and other Republicans.

Posted by Stewart Rhodes at 10:43 PM No comments: