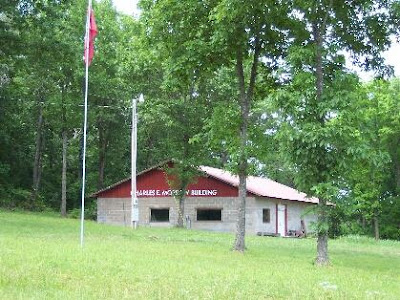 I will be assisting lead attorney Quentin Rhoades of Montana in the appeal of Washington County Arkansas Militia Commander Hollis Wayne Fincher in the case U. S. vs. Fincher in the U.S. Court of Appeals for the Eighth Circuit.

I will be posting more on the appeal as it develops, but you can read about the trial, including news articles and actual trial documents, by going to the page of the Washington County Arkansas Militia here, or by going to an informational page here.
David Codrea, over at The War on Guns (an excellent blog, by the way), has also posted considerable information and commentary on the case.

This is a very important Second Amendment case. As Quentin Rhoades puts it:

This is a very important case for seizing the Second Amendment from the deer and duck hunting crowd [Zumbo, for example] and returning it to its rightful heirs, the states' militia.

I would only add that this case goes right to the heart of the purpose of the Second Amendment - which is most emphatically not about duck hunting, and is also not just about self defense against common criminals (though those uses of the arms we keep and bear are obvious). The Second Amendment is about the right and the power of we the people, who are the militia, by the way, and in this case were further formed into a state militia, to bear battlefield effective arms, suitable for militia service. What other type of arms could it possibly have been referring to?

Quentin Rhoades is an excellent lawyer - very sharp and thurough - and a true defender of the Constitution. Like many conservatives in the Mountain West, he has a healthy libertarian streak to him, and is a genuine conservative, in the spirit of Goldwater, who still takes limits on government power seriously and does not think the Constitution is just a God-damn piece of paper (ahem). I consider it a great honor to be assisting Quentin in this case.

I first met Quentin while I was still living in Montana, when I volunteered to assist him in the defense of 80% kit manufacturer Rick Celata of KT Ordnance, who had been raided by the BATF and had his inventory and other significant property confiscated.

In the Fincher case, Quentin and I are offering our services for free (pro bono), and will not charge any attorney fees, but there will be costs that cannot be avoided. Wayne Fincher's daughter, Connie Fields, has set up a legal defense fund for the case. Below is a copy of an email Connie sent out regarding how to contribute. I will not be handling any funds, and any and all expenses will be handled by Mrs. Fields and Quentin Rhoades.

As you know or may not know we have new lawyers that are doing the appeal. They have offered they services for PRO BONO. The only thing is that we have to pay for traveling fees and filing fees transcript fees etc. We have set up an account at Arvest Banks that you can deposit money into the account.

This Money is for the attorneys. The main attorney is from Montana, his name is Quentin Rhoades and the other attorney's name is Stewart Rhodes and he is from Las Vegas, Nevada. These lawyers we feel are very qualified to handle this case.

I know that people have giving to this cause before and we thank you but, now we need your help again. This appeal is going to cost approximately $5000.00 just to go to St. Louis, if this goes to the Supreme court approximately another $10,000.00.

Please help any way you can to keep your Second Amendment Right's and FREE WAYNE.

Thank You very much from the family of Hollis Wayne Fincher

Posted by Stewart Rhodes at 7:22 AM 5 comments:

Why This Blog Has Been Such a Ghost Town Lately …. 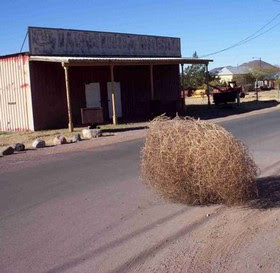 I have not posted much of anything on this blog in a long, long time, except for the occasional news article about Congressman Ron Paul’s campaign (I used to work for Dr. Paul).

A big part of the reason this blog has been so neglected of late is because my wife and I, along with our four home-schooled children, have just moved back to Nevada from Montana. Until May 10, 2007, we were living in Polson, Montana where I practiced law as a small town, general practice lawyer.

Our move back to Las Vegas was prompted by two serious events in both our families. One was the death of my father in law just before Thanksgiving 2006 (go here to read my tribute to him for his service as a Marine in WWII). His death caused my wife to want to be closer to her aging mother and aunt, who live in Las Vegas. The second event was that my mother was diagnosed with Stage IV breast cancer. So, despite our love of Montana and all it has to offer, we needed to return to Las Vegas to be closer to our families.

I have started a new job in Las Vegas, and I am studying for the Nevada bar exam, which I take next week, on July 24, 25, and 26. So, don’t expect to read many new posts until that exam is over.

In addition, I will be working on the appeal of Hollis Wayne Fincher, the Washington County Arkansas Militia commander. So, even after the bar exam, I may not be posting much while I am assisting Montana lawyer Quentin Rhoades (who is named appellate counsel) in hammering out that appellate brief, which will focus in significant part on the right to bear arms, as protected by the Second Amendment.


In the meanwhile, if you want to see what a real, active blog looks like, mosey on over to my wife’s blog. She has not been nearly so neglectful with her blog, and actually has quite a readership - one of whom dubbed her a "libertarian goddess." I'm so jealous!